As a result of the Treaty of Waitangi (Fisheries Claims) Settlement Act 1992, the Crown agreed amongst other things, to introduce legislation empowering the making of regulations recognising and providing for customary food gathering and the special relationship between tangata whenua and places of importance for customary food gathering (including tauranga ika (fisheries habitat) and mahinga mataitai (traditional fishing and harvesting locations) to the extent that such food gathering is not commercial in any way nor involves commercial gain or trade.

In accordance with the Crowns obligations under the deed to introduce legislation, the Treaty of Waitangi (Fisheries Claims) Settlement Bill was introduced in to Parliament enacted, and came into force on the 23rd December 1992.

As a result of the introduction of the Fisheries (Kaimoana Customary Fishing) Regulations, 1998, Nga Hapu o Taiamai ki Te Marangai Takiwa consisting of 12 hapu filed an application to the Ministry of Fisheries in November 2000 to set gazette an area from Ohikihiki approximately 2Km north of the Takou Bay River mouth and out to the EEZ and Continental Shelf, and following the mean high water springs to the headland and river at Haumi, south of Paihia.

In 2008, Te komiti Kaitiaki Whakature I Nga Taonga o Tangaroa, applied to the Ministry of Fisheries to gazette an area on the northern side of the Bay of Islands consisting of 26 square Km as a mataitai to be called, Te Puna Mataitai, however, due to technical issues, Te area of 26 square Km was reduced to 19 square Km before the Te Puna Mataitai application was approved. It is important to note, that Te Puna Mataitai has to cater not only for the customary needs of Ngapuhi, but also of recreational fishers. It is therefore important, that we all work collaboratively manage and enhance our fisheries so that there is some left for our upcoming generation to enjoy.
Nga mihi, 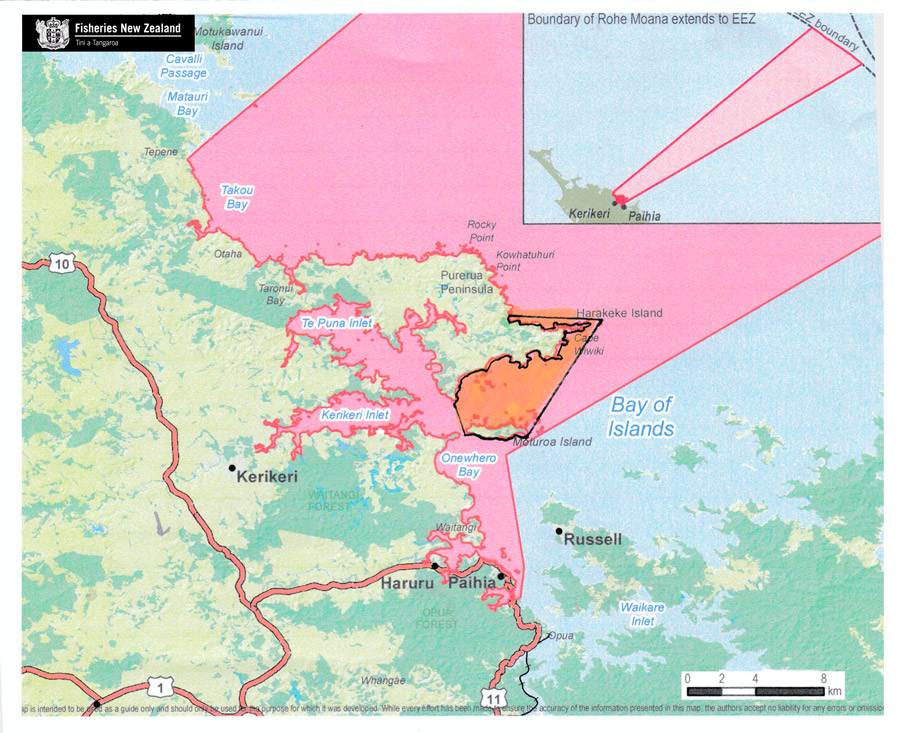 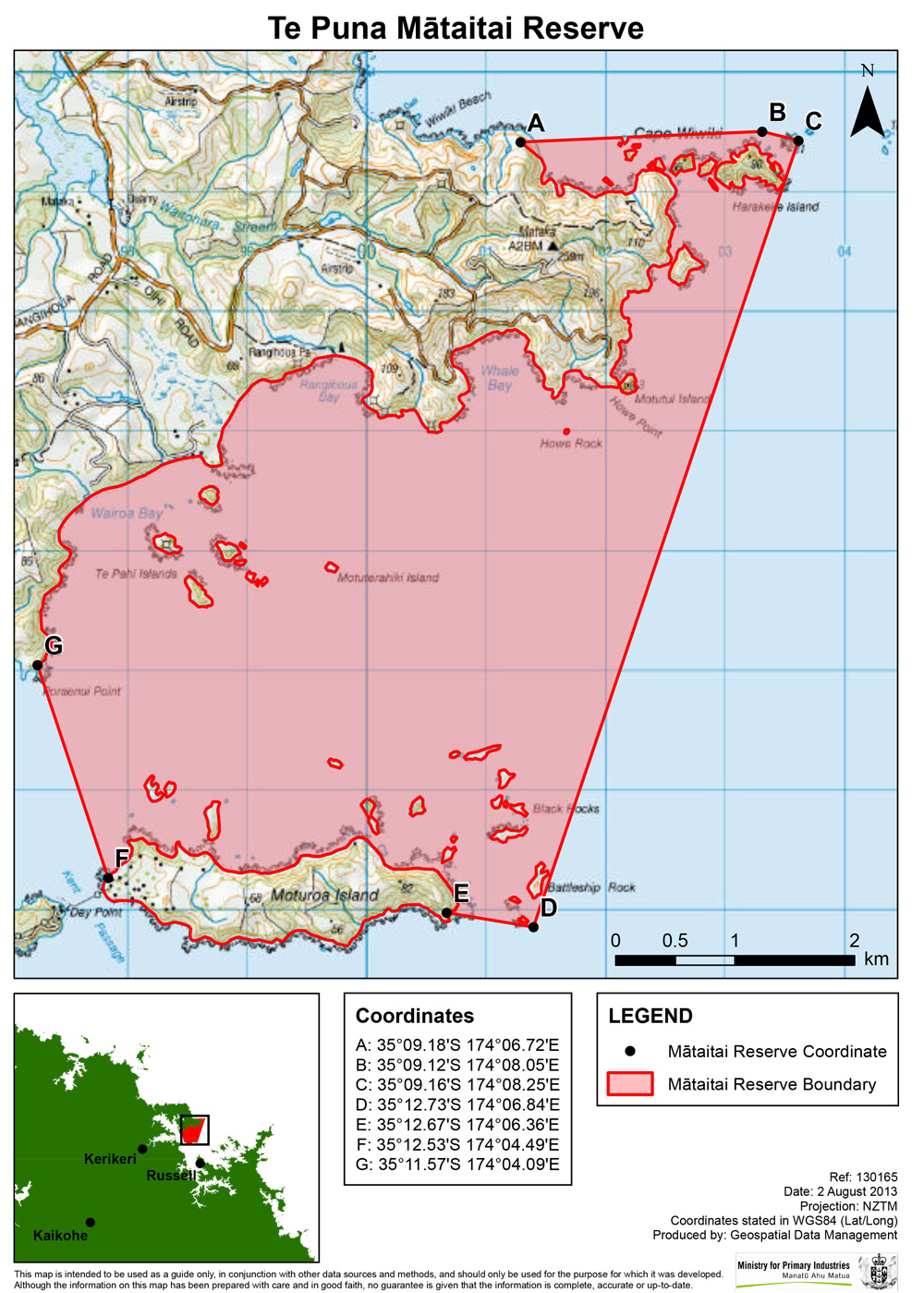 A Rohe Moana area is where Kaitiaki are appointed for the management of customary food gathering.

The Bay of Islands has two Rohe Moana areas. They divide the Bay approximately in two and extend out to the edge of the 200 nm Exclusive Economic Zone.

One has been established by Ngā Hapū o Taiamai ki Te Marangai in the west, the other by Patukeha and Ngati Kuta hapū of Te Rawhiti in the east.